Mission:
OYO is a Namibian Welfare Organisation established in December 2002, and officially launched in March 2003. The organisation aims at using the arts – both visual and performing – to create awareness and mitigate the impact of the HIV/AIDS pandemic and other social problems such as domestic violence, rape, and the abuse of alcohol and other drugs amongst the youth of Namibia. 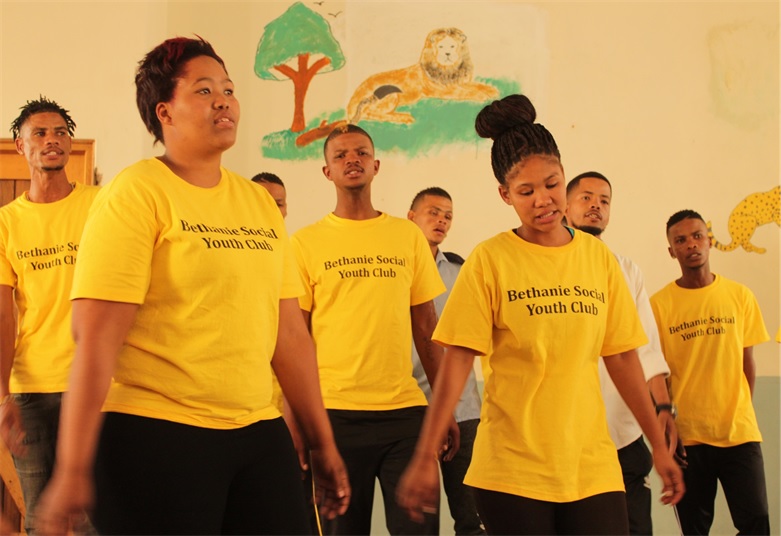 Background of the organisation:

The origins of OYO lie in the Kunene Regional Council. In 2000, teachers requested support for their attempts to effectively and efficiently integrate HIV/AIDS-related information into their school curriculum. In January 2001, the council officially launched a programme called Ombetja Yehinga, as part of the activities of the Regional HIV/AIDS Coordinating Committee (RACOC) for the Kunene Region. The project was extended for one more year in 2002. By the end of 2002, the programme appeared to be so successful that OYO received requests to expand it to other regions. With this end in mind, the Ombetja Yehinga programme registered with the Ministry of Health and Social Services as an NGO, and focused on the development of a proper work plan and philosophy, characterised by the slogan: Using the arts with young people to create social awareness. In 2003 a head office was established in Windhoek and two regional offices opened in the Erongo and Kunene region.

Currently OYO has various projects in different parts of the country:

OYO currently has a core team of five fulltime staff members (director, general manager, production manager, logistic manager and youth development officer) and two part time staff members (finance manager and graphic designer). OYO is pride on being the first and currently only dance troupe in Namibia to employ young dancers full time (8 dancers and up to 4 trainees). It contracts youth facilitators and other professionals based on projects.

OYO believes that young people should be reached through an exciting medium that proclaims a simple but strong message with the aim to have a positive impact on the youngsters’ attitude, behaviour and way of thinking. Over the years OYO has developed a strategy using the arts.

Examples of results include:

OYO also prides itself to have produced works of art that are internationally acclaimed. For instance:

OYO will continue to reach as many young people as possible, both in school, out-of-school and in correctional facilities. OYO will continue addressing burning issues such as alcohol and drug abuse, gender-based violence, teenage pregnancy, child marriage and will continue to produce relevant, challenging and unique pieces to trigger discussion and encourage audiences to reflect, learn and participate.

Since 2015 Horizon has supported the ‘Growing Strong’ project and enabled OYO to work each year with youth groups (2015: Keetmanshoop, 2016: Keetmanshoop and Koes, 2017: Koes and Bethanie, 2018: Keetmanshoop, Koes and Bethanie and 2019: Karasburg). It has enabled the groups and the OYO dance troupe to visit yearly ten schools twice or three times per year, hence giving relevant messages to thousands of young people.