IN MEMORY OF
JÖRG A. HENLE

This page is in memory of Jörg A. Henle, one of the founding fathers of Stichting Horizon.

His broad interest in art and culture is reflected in the numerous projects Horizon has supported during his board membership from 1997 to 2018. The text below are excerpts from conversations and interviews that Jörg Henle had with his son Stefan Henle between 2017 and 2019, in which he elaborates on the history and future of Horizon and the important role of family members within the foundation. 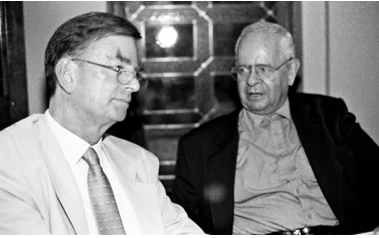 “Our Family Foundation had the task of managing the family’s capital. In addition, it was there to support the family and cultural-social projects. Expenditure in the interest of the family was relatively low, and expenditure for cultural and social purposes was minimal. In order to better balance the relationship between these, we decided to combine the cultural and social expenditures in a new foundation in the non-profit sector, namely Horizon.

For the Board of the family foundation, Horizon was the instrument with which cultural and social tasks could be tackled. We on the SVB board, and especially Jeremy and I, felt that it was good to have an instrument that could design projects with which family members could identify and rediscover themselves. Until then, expenditure in the cultural and social area took the form of donations to equivalent organisations such as “The Deaf Child” and the like. Accordingly, this expenditure was small. Our interest was to promote projects that strengthened ties within the family. This led to the founding of Horizon as a separate supporting organisation for these areas of expenditure. The name Horizon, by the way, came from Arnulf Markert.

The first major project was the restoration of icons from Georgia using a new method developed by a restorer known to us. We found him through Prof. Schrade, who runs the Berlin-Georgian Society in Berlin and through whom I got connections to the Caucasian House in Tbilisi. 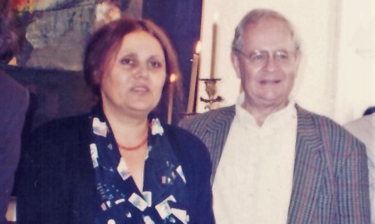 From the beginning, the Caucasian House was not only a cultural project for all of us, but also an architectural one. Horizon’s board became aware of the dangerous, unhealthy and poorly weather- and moisture-protected condition of the building in which it was housed and decided to remedy this as part of Horizon’s most expensive single project. The presence of an architect on the Horizon board provided the opportunity to oversee the work and, together with the local supervisors, we made regular visits to this end over a period of about two years until the work was completed. The successful outcome of the reconstruction and improvements of the Caucasian House, as well as the aforementioned repairs to the Svaneti churches, contributed to building restoration being firmly added to Horizon’s list of opportunities.

In several trips, the Horizon board has made itself knowledgeable about the possibilities and problems in the two areas. We were overwhelmed by the hospitality of the Georgians.

The background was always: helping to preserve elements of cultural value in places where the responsibility for this lies with other people who, for other reasons, cannot raise the necessary funds. 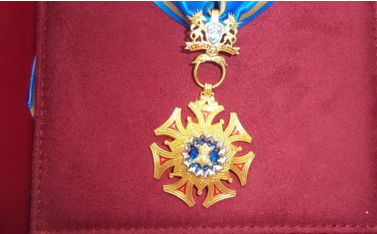 There was a kind of domino effect between the individual projects: we got to know new people who were active in areas that were interesting for us, e.g. the Ramba Zamba theatre and its work with disabled children.

A new starting point for further projects was Romania: Jeremy had connections with a group of people there who were working to preserve architectural cultural sites in the country, such as the Saxon villages that had been abandoned after the Saxons left for Western Europe and were in danger of withering away.

I never had worries about Horizon, at most that not enough members of the family would be prepared to take on the necessary committee roles.

It is always a pleasure to see that what has been sown has borne good fruit. For example, the development of the children from the weekend school of the Caucasian House.

I hope that the younger generation will be as successful in discovering new possibilities and designing their own projects. I wish the next generation as much happiness and satisfaction with projects as we older ones have had with ours, so that one can always say that had we not existed, something would thereby have been forever lost.

For me, family in this context means a group that is held together and enriched by common interests and common activities. I see how the younger generation comes together in the interest of others, a joint task with concrete projects that unite the individual members of the family.

In my opinion, it is important for a family that individual members are not only connected by private interests, but that there is something else and that, in this case, is culture and the promotion of culture, which brings them together, making them try out new possibilities and thus, through the ability to realise some object, gives rise to certain thoughts for the first time.”