Mission:
Youth Orchestras of Namibia (YONA) is inspired by the El Sistema movement which has been activating social change through music since 1975. YONA has adopted this vision and uses music and the orchestra as a tool to foster social transformation, aiming to create unity in diversity and to develop children academically, socially and personally. 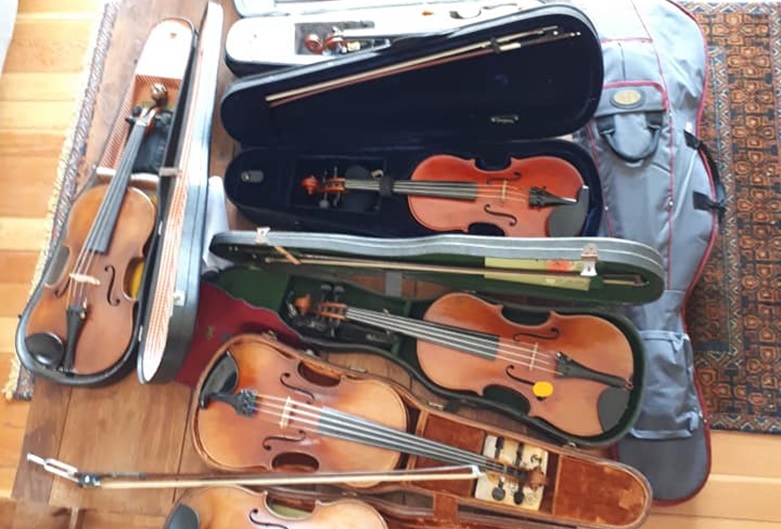 Background of the organisation:

YONA came into existence because of a dream of Gretel Coetzee (an opera singer) and her husband, Eike. Raising children in Windhoek, they realized that there is a shortage of music teachers, even though there is great interest among Namibians to learn music. The vast musical talent goes undeveloped.

Another problem common to Namibian society is the lack of supervision after school hours, especially among historically disadvantaged communities. A great number of children are left to fend for themselves in the afternoons after school. This results in:

Gretel Coetzee started to explore possibilities, and discovered the El Sistema movement, which has generated social change since 1975. It started in South America and is now a worldwide movement.

In November 2016, Eike and Gretel Coetzee, together with two other trustees, formed a registered Trust, with the vision of social change through music and the orchestra. The beneficiaries of the trust are the children of Namibia.

YONA received permission from the Ministry of Education to use facilities in schools. The pilot project started by giving music lessons to first and second grade classes at the Suiderhof Primary School. In 2017 recorder lessons were added to the programme. In 2018 the woodwinds section was launched with the financial support of Horizon. The scope of activities has expanded, and recorder lessons have started at the Bernard Nordkamp Centre in Katutura, Windhoek and clarinet, flute and oboe lessons have been added to the Suiderhof Primary programme. 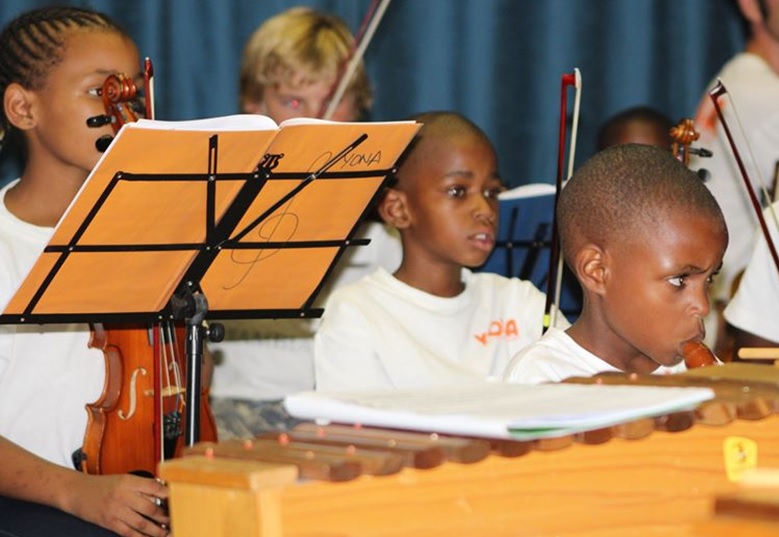 The main location is in the music rooms of Suiderhof Primary school. This school is centrally located, with demographics representatives of the various Namibian culture groups.

Our other locations are Bernard Nordkamp Centre and Physically Active Youth. Both are after-care centres in the Katutura township.

Gretel Coetzee is the Director of the programme, as well as violin and orchestra teacher. She is supported in her work by an administrative assistant, accountant, and a team of 10 instrumental teachers and volunteers, most of whom work part-time at YONA, while they also have other careers.

18 children have been with YONA since 2017 and are continuing to develop.
Currently, 110 children learn to play musical instruments at YONA
160 first grade learners receive general class music lesson on a weekly basis.
A total of 650 children have benefitted from the programme since 2017.

Children show improved confidence and concentration. Parents report that YONA is a safe, happy place, where children feel a sense of belonging and learn to work in teams. Many parents also report better academic results.

At the regular concerts, the children’s musical progress is evident, as well as the joy they have in friendships and teamwork.

YONA is nurturing the future musicians of Namibia, so that they can in turn become the teachers, mentors and providers for YONA’s next generation. YONA’s long term goal is to create music centres all over Namibia.

Stichting Horizon has been the main sponsor of the woodwinds section since September 2018. They have paid for new instruments (Flutes, Clarinets and Oboes) and have also covered the woodwinds’ tuition fees, transport and internet. Their enthusiastic but thorough approach to our collaboration has been heartening and inspiring.